Hit the road, taste the life…

Here I am sipping white wine on the plane on my way to NYC, reading  “On the road” by Jack Kerouak so it is all thematic.

Here I am again ,after a whole day of travelling, exhausted, waiting for my luggage at JFK airport. It is 10pm. I am trying to reach the guy that i am going to work for  in Southampton. I am supposed to take the shuttle to 42nd str. in Manhattan and he should pick me up from there. We have discussed this like 10 times already. He texts me back that he did not make it to Manhattan so I better hurry up to catch the bus to Southampton which is at 11.30 pm. Of course this is not happening because the traffic is crazy.

I am exhausted, nervous and wondering what now? He calls me and tells me not to worry. I can stay in his friend’s place in Manhattan and catch the bus tomorrow.
Here I go to his friend’s house after a shuttle and a taxi ride. Not a very smart move, but I am too exhausted to even think about any other options. The friend turns out to be a DJ and he tells me we are going to a night club just for 1-2 hours so he can check it out.

So here i am from the airport straight to a Manhattan club with a guy I do not even know. He is giving me life advices all the time and tells me he will protect me because where i am going to work there is a lot of competition (in a restaurant, really?) . But before he protects me why don’t we dance? No, I am not dancing and I can protect myself. Didn’t I mention I am from Pernik?

Here I am now on the bus to Southampton relieved and away from the protective guy. I text my future boss that I am here already. His answer: “Should i put a red carpet!!!!” I already  see something interesting coming on its way. I catch a cab from the bus station to the house where I am supposed to stay. How did I find it? A girl from Bulgaria that has lived there last summer  gave me the contacts.

The taxi driver tells me that nothing personal but in his personal opinion the guy that I will work for is not a very nice person and the area that I will live in is probably the only bad area in the Hamptons. I am thinking : Well I am from Pernik (the city considered the most dangerous in Bulgaria) and these are the Hamptons. I mean how bad could it be really?

Here I am in the house. I am crying, not sobbing because I do not have enough power left for that but there are  tears softly playing on my face as I am standing at the door of a really small room with two bunk beds and an extra bed in the middle of the room where I am supposed to sleep. Here is the time to mention that I am definitely not a pocket girlfriend ( 180cm tall).

What is more, the 4 girls are from Thailand so they do not want to use the AC because they are used to a cold weather. And about the area… All the drug dealers lived there so it was quite an adventure coming back from work late at night, even for people from Pernik. 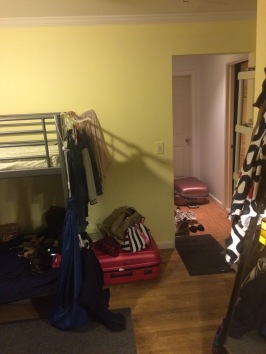 The landlord – a lady named Linda Weekes-Gee, said she forgot that I am coming so this is the only option she can come up with. After I fell down from the bed twice the first night and I could barely breath in the room because of the lack of oxygen I decided it is time for some action and told her that I will stay for a week while I am trying to find something else. She said no way! I have told her I am staying here and she saved a place for me. If I leave now she would lose money. Interesting! I thought she forgot about me. The whole situation with this house (and not only this one) was that she was trying to put people literally on top of each other so she would make as much money as she can.

I should say that finding a cheap room in the Hamptons in the middle of June is a mission impossible. It is a very expensive area and all the rooms for the workers are already pre booked. So it is not like you have a lot of choices. Actually at that point – none. I have already tried.

Finally, after I showed some attitude, she is offering me a real bed ( a whole new experience) in a room that has 4 bunk beds and a surprise: 7 more boys sleeping on them. So here I am a Cinderella with 7 more boys…What is more the room has its own fridge so there is food and smell all over the place. I take it! The weekly rent is 125$ per week. 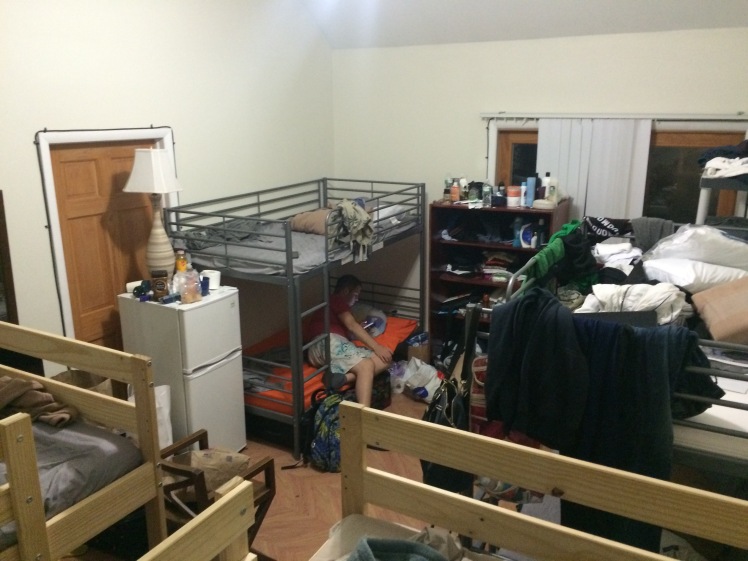 There is a two-day shock and then almost a month full of laugh, great conversations, some nervous break downs and a lot of fun time because these were not just boys, but the Fantastic seven – intelligent, fun, talented and kind. That is why they say that every bad experience has its positive sides. 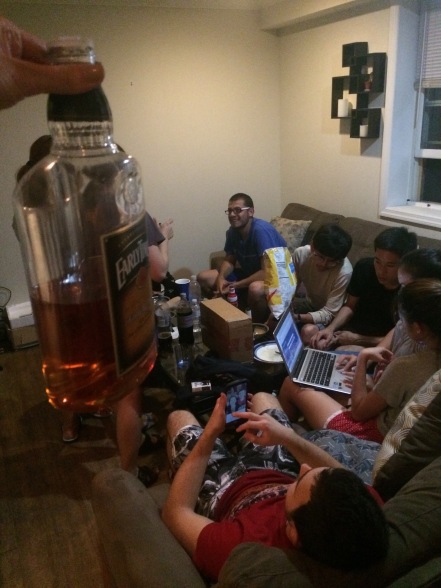 We were never able to count how many people exactly were living in this house. There were rooms everywhere and in every room there were as many beds as possible. People from different races, different ages, different conditions  (drunk, high, crazy) were wandering around all the time. There were 4 bathrooms in the house for probably more than 30 people. To connect successfully to the Internet  was considered a miracle. We were not supposed to use the kitchen (except the microwave) and the living room. Linda was sleeping in an arm chair there so she can hear and see everything and  she had something to say everyday.

The whole situation  was illegal and this is what I know for sure. I asked the boys, who had their second summer there, why are they staying here?  They said that the other options were worse. How could that be? I heard stories for basements with 10 beds inside, 1 bathroom per 15 people, a landlord threatening students with a gun because they wanted to leave the house earlier and etc.

It is not absolutely impossible to find a normal place to live in (and i finally did) but most of the time the agencies in Bulgaria and some of the landlords in the US are  trying to make as much money as they can so they lie, they give fake promises, they charge extra money and they do whatever they want to do because most of the students do not have a choice neither confidence to change the situation.

When I moved out from this house after less than a month I asked for my 100$ deposit back.  When she refused to give it back to me I said that I am calling to the sponsor so they can come and check the house. Her response was that she is not the real landlord actually and she will call him and call me back.

In conclusion I did not receive any money back which does not matter at all. What matters is that I did not call the sponsor and I have not done anything so far because if I did so all this people in the house would go literally on the street if an inspection comes. They would kick everybody out of the house and evict the owners. But then where are all these students going?

I am writing this post with the only intention to reach more people that are going to be part of this program so they can choose wisely and have the courage to speak up and change their situation if they do not like it. Because this is what the program is supposed to be, except a cultural exchange – a journey to yourself, to your fears, strengths and personality.

I should say that despite some of the struggles this was one of my best summers at the end. And about my job… That is a post to come.

5 thoughts on “The Cinderella and the seven boys”