Hit the road, taste the life…

The summer is over, the reality is back. You are already back in your country or not and here comes the tax period. What a mess! Seriously, this is my second summer and I still have so many questions about the taxes. The first summer I was unpatient to do a research so I just went to a company in Bulgaria (Orange) and they filled out the form for me so I received part of my taxes 2-3 months later.

This year I decided to look for the option – “Do it yourself!”. Some students told me about  Turbotax.com where there is no “middle man” and that is why you should know what are you doing and fill out the form carefully. I looked for some more information. It turns out that actually Turbotax is not an option because as a J1 visa holder you are considered a non-resident alien for the first 2 (non-student) or 5 (student) calendar years. So the form that you need is 1040-NR or 1040NR-EZ. Read more about it here.

Turbo tax  is only for citizens/permanent resident/resident aliens. A lot of students did their taxes through Turbo tax using the form 1040 instead of 1040 – NR (which they do not support)  and it probably worked because the system itself can not recognize whether you are or you are not a resident. If you file as a resident, you are most likely going to get away with it, but if they ever audited you it could get expensive.

From the research I have made my advice is if you plan to come back in America again whether for work, school or vacations you better not file wrong information in any way. It may not happen tomorrow or the next year, but at some point you may receive a letter saying that you owe money back to the state you were in (and the Americans are not playing when it comes to taxes and frauds – you will pay much more than you have taken). If you have filed the form probably you saw that at the end they offer you a service (taxaudit.com) that would be your tax representative in case of an audit. Yes, but they can not do anything if you have obviously lied. You may not have done it intentionally, but because of lack of knowledge. Anyways, there is no way to prove that. If you have already done it by mistake, do not worry, there is a way to correct it by filing the right form. You can see exactly what you need to do here.

From this calendar year the IRS started checking the J1 and F visa holders taxes much more strictly since most of the companies that were the “middle person” in the taxes returns were filing plane tickets, uniforms and so on as deductions. So there is a big chance that the company itself got even more than your taxes were but gave you less so they make a higher profit. There is no way for you to find out except if you are there to see exactly what they filled out in your form. And actually you should always do this since this is an important documentation that need to be read carefully and signed personally by you.

A fraud can not happen as well if you receive your money as a check because it comes straight from the federal reserve. But if it is a bank deposit it is highly likely to happen this is why a check is always a better option.

So now the IRS will analyse the information more carefully  and this is why you may notice that this year if you are taking your taxes back through a company they would  give you less. Because now they have to fill out the right form so they do not get in trouble. On the picture below a girl says that she has asked in some agencies why the taxes we are getting back this year are less than usually? The answer was that  the IRS  does not approve deductions for plane tickets, accommodation and so on any more. They have started checking every student much more detailed and it is possible to go back 3 years ago and ask for money back if they decide that someone has taken too much in taxes. 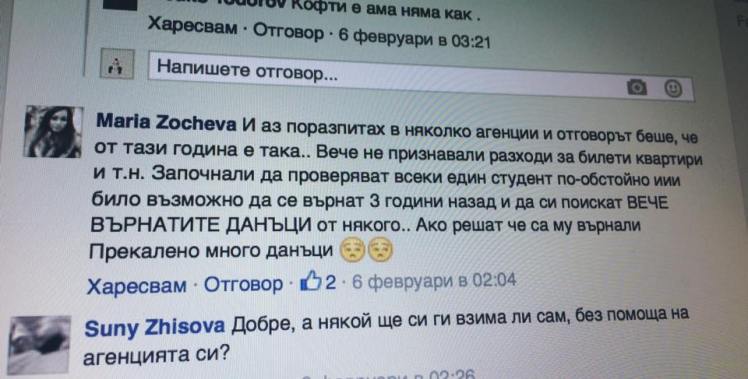 So what are the options?

Here is what a student who has used them says:

“Sometimes it takes a long time to get your money back. almost one year and I haven´t receive my money, they just sent me 10 % of all my money “

With RT tax which American Dream works with it would be 2051.16$ total. I could not find how much their commission is but I think it is around 8% of the whole sum that you receive back.

With Verde tax: 1686$ federal tax and all the state taxes – 550$. So this would mean that I may get almost all my taxes back. But, of course, when you look on their website they say that they are applying for the maximum sum that they can get but it still depends on the IRS and you may receive less at the end. I guess this goes for every company and tax service. Their prices for the service are more expensive starting from 64$ or more. Integral works with them so it does not matter whether you will go through them or you will work directly with Verde tax. Probably Integral would charge you some more money since they are the middle man.

So, at the end I think I would give Verde tax a try.  (Read here the update and the final result with Verde tax). The numbers that they gave me are the highest and I may work directly with them instead of contacting an agency which would contact a tax refund company and then they would contact the IRS.

I would not risk it with Turbo tax, because as I said from this year the IRS is much more strict checking J1 students taxes and you can be fine now but you never now when they  will research exactly your name. And if you are planning to visit the USA in the future it is definitely not worth the risk because at the end you may end up paying them back more than you got or not being able to come back in the country at all.

If you have  any other questions feel free to ask – I will try to answer them. If you have some more information from you experience please share it in the comments below so the J1 community finally establish a loving relationship with the taxes! 😉

9 thoughts on “Confusion at first sight: J1’s and taxes”